If your first reaction after reading the title was – ‘ Oh no! Not again!’ or something to that effect, we apologize. But the comparison between Shahrukh Khan and Aamir Khan is so interesting, we felt the site was incomplete without it. In fact, any Bollywood loving journalist will eventually come to the point when he feels like comparing these living legends simply because they have given so much to Indian cinema.

One of the favorite coffee table discussions in the Hindi film industry is – who is the greatest ‘Khan’ – is it the flamboyant Shah Rukh or intense perfectionist Aamir. Is it the suave and charming Saif Ali Khan or Salman Khan with his huge fan following?

Is it a case of jostling for position among equals or is it a case of one of them standing head and shoulders above all the others?

This discussion can only be charted out by analyzing the contributions, on-screen acting ability to churn out box office blockbusters, off screen popularity, and a general success rate as the most talked about superstar of Bollywood. Considering these five factors, one can easily shorten the list to Aamir and Shah Rukh who tower over all the others. Out of all the actors in Bollywood at the moment apart from a certain Amitabh Bachchan, only SRK and Aamir have managed to deliver films which have earned widespread success across international borders – critical and commercial.

Who is a better actor?

Aamir has acted in much fewer films, so there really cannot be a comparison made on this kind of premise. It is believed that he accepts very few films and only those where he is sure he can give a great performance. Here is a breakdown of his recent hits –

These are but a few examples of his acting prowess – he has the ability to get under the skin of a role – he makes you forget that it is Aamir acting, the role is always sharply etched, and always played with a finesse that only a great performer can have.

Shah Rukh’s acting is also of a superb caliber, quite distinct from Aamir’s style. The histrionics and the emotions have always been portrayed with an unmatchable intensity. Shah Rukh, unlike no other actor has the unique ability to make us laugh or smile at the most ordinary of moments. Even today if you see ageless romcoms like Dilwale Dulhaniya Le Jayenge, Dil To Pagal Hai, Kuch Kuch Hota Hai, or the more recent Devdas, you cannot help but feel happy and nice and sad and emotional, all at the same time.

However, Shah Rukh has the exclusive distinction of introducing the anti-hero in hindi films with his cult movies such as Baazigar and Darr. These were first class thrillers delivered by an actor who, so was the general consensus, specialized in romantic and mushy love movies.

In Rab Ne Bana Di Jodi, he plays the role of a simple small town man, with an added persona of a ‘macho’ dancer. How can you forget Chak De India – where without the addition of scantily clad heroines, he carried a great hit on his wide shoulders. Om Shanti Om – was glamor all the way, with Shahrukh in his element playing a double role.

Shah Rukh – The King Khan – has always been the producer’s and audience’s favorite with his versatile and moving roles.

If one compares their Box-office hits, Shahrukh emerges as a clear winner. Every film of his has usually been a hit – and the producers seem to be laughing all the way to the bank.

One of India’s most popular films, Dilwale Dulhaniya Le Jayenge was SRK’s film and for a long time held the record of the biggest money raker in Bollywood until  Ghajini surpassed it. Then came 3 Idiots and beat them them all!

Who is more versatile?

There we will have to declare a tie – both excel in light hearted films  – remember Shahrukh in Dilwale Dulhania Le Jayenge and Aamir in Raja Hindustani and Qayamat Se Qayamat Tak. Both of them can produce intense performances in heart wrenching films such as Taare Zameen Par and Devdas. Somehow we are beginning to take it for granted that their films will have superlative performances and will be very successful.

However, if you look at their last 2 films which were super hits in Bollywood, Aamir will definitely seem to be more versatile. He played the role of a teacher in Taare Zameen Par and that of a student in 3i. Of Shahrukh’s last 2 films (in which he starred in a leading role) were My Name is Khan and Rab Ne Bana Di Jodi – An autistic genius and a simple man. 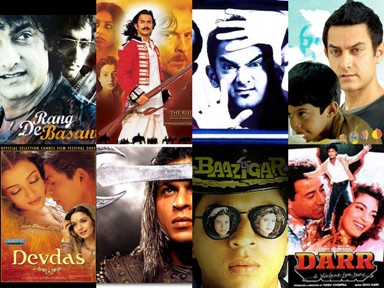 Who is Number One?

Now that question is subjective and the answer depends on the time period you are talking about. When Taare Zameen Par was released everyone said that Aamir is the greatest. However, a little later came Rab Ne Baba Di Jodi – and Shahrukh seemed to be waving the winner’s flag. This reversal of positions has been happening for many years.

So our humble opinion is that while Shahrukh Khan is a better entertainer, Aamir is the greater actor.

Shahrukh Khan will be seen in Ra. One which is due for release by the end of this year. Other than that, he will also continue as the lead in Farhan Akhtar’s Don 2, the shooting for which has yet to start.

Aamir Khan has only one major acting project coming up – Dhobi Ghat. The promos are out and so are the previews. Catch all the action and buzz surrounding Dhobi Ghat.

Conclusively, there really is no clear-cut answer to this question – they are incomparable actors quite responsible for raising the bar of Hindi movies and we are indeed blessed to be able to watch their movies during the peak of their careers.

Well, that was my opinion. What is yours?