The son of yesteryears Bollywood super stars, late Smita Patil and Raj Babbar, Prateik Babbar has shown the potential of growing into a big star. His versatile acting and pleasing looks have won him many hearts already and he looks to be heading in the right direction.

Born on 28th November 1986, Prateik featured in a few television commercials before making his Bollywood debut in Aamir Khan’s production Jaane Tu.. Ya Jaane Na. He played the role of Genelia D’Souza’s brother Amit in the movie that also launched the career of Imran Khan. The role may not have been a big one but his flawless performance didn’t go unnoticed. He was nominated for and received a few awards for it as well.

Following that, Prateik starred in Kiran Rao’s critically acclaimed directorial debut  Dhobi Ghat. Once more he worked with Aamir Khan, but this time shared screen space with him too. The story revolved around four main characters one of whom was that of a dhobi Munna. Yet again, his delivery of the role was realistic and impeccable.

Prateik Babbar then came  in Dum Maro Dum , Aarakshan and My Friend Pinto. In Dum Maro Dum he played Lorry, a football player who is on the verge of following his girlfriend to a US university. But when his scholarship gets rejected his life threatens to spiral out of control. That’s until he meets a smooth talking hustler who promises to bring it back on track.

My Friend Pinto was a romantic comedy where Prateik played the role of Michael Pinto. The film was decent but recieved a very lukewarm reception at the Bollywood box office. Prakash Jha’s Aarakshan, starring Amitabh Bachchan, Saif Ali Khan and Deepika Padokone however, was quite well received and Prateik’s role in the film was commended by others.

Prateik Babbar will now be seen opposite Amy Jackson in Gautham Menon’s Ekk Deewana Tha, which is a remake of Menon’s Tamil film, Vinnaithaandi Varuvaayaa (VTV).

A contemporary of Imran Khan and Ranbir Kapoor, Prateik may not enjoy the fan following that they do but his silent demeanor has impressed many in Bollywood. His talent and promising acting skills haven’t gone unnoticed. Even though his parents were associated with the film fraternity, it hasn’t been the sole factor behind his big break in Bollywood. While his mother passed away due to post-partum complications soon after his birth, his father Raj Babbar has taken to politics full time. In that regard, much of what he has achieved so far has been purely due to his own acting abilities. 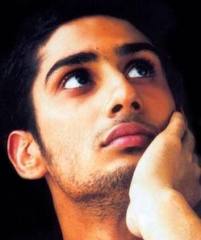 The fact that he is so comfortable on screen is reflected in the ease with which he seems to fit into the shoes of his characters. And it is surprising that he has been able to do that already considering he’s only three movies new in Bollywood.

As the year draws on, we look forward to seeing more of Prateik Babbar on screen and hope that the rest of his films also bring accolades his way.