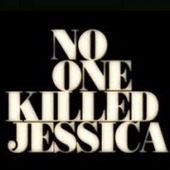 Credited with the critically acclaimed Aamir in 2008, No One Killed Jessica is Rajkumar Gupta’s next directorial venture. Based on one of India’s most controversial murders, No One Killed Jessica is the story of the murder of model Jessica Lal and the state of events following it. Much like Aamir, it seems to be yet another social commentary on the state of Indian administration.

Jessica was shot dead in a Delhi restaurant where she was serving as a celebrity barmaid at socialite Bina Ramani’s party. Despite the dozens who witnessed the murder, it took 21 years to finally punish the guilty. Gupta has claimed that the title and the script of the movie were inspired by a headline carried by the Times of India in 2006 after all the accused in the case were acquitted.

No One Killed Jessica has a powerful star cast with Vidya Balan playing the role of Jessica’s sister Sabrina Lal and Rani Mukherjee playing a reporter. It has been shot in New Delhi and covers the long struggle of the family and friends of Jessica to bring to justice the perpetrators of the crime that was committed in 1999. The music of No One Killed Jessica has been composed by Amit Trivedi of Dev D fame. Having been in the news for some time now, the movie is expected to hit the theatres in December 2010.