Secret: I had started this blog with the sole intention of writing about hindi movies and discussing the various trends in Bollywood about movies, music, celebrities and the lot. But the sad state of films, copied stories, scene to scene lifts of Hollywood hits and other forms of thievery which was rampant in the hindi film industry did leave little for me to write about. [ad#post]Most readers would question me with -“Where are the reviews mate?” and “Why do you keep harping about movie stars and oldies and filmy hindi families and [intlink id=”488″ type=”post”]Bollywood villains[/intlink] and [intlink id=”1449″ type=”post”]music directors[/intlink] and film festivals? Why don’t you talk about movies?”
And my reply would usually be – “Because [intlink id=”808″ type=”post”]nothing in Bollywood is original[/intlink]. Everything is ‘inspired’ or ‘stolen’. Which REALLY ticks me off.” 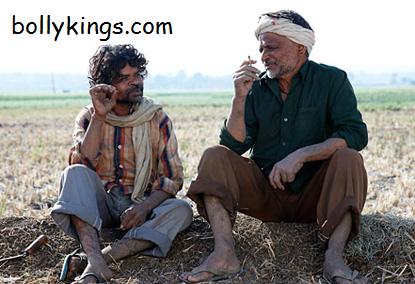 Peepli [Live] had a lot of expectations, coming from Aamir Khan’s production house. And was it as good as it seemed when we first saw [intlink id=”1452″ type=”post”]Peepli’s promos[/intlink]? It is the début movie of journalist-turned-director Anusha Rizvi. Yup, you read it right. Peepli is this bold chick’s first movie. And, she wrote the script herself. I had considered this fact more than anything else before writing an honest review of the movie, not giving into my usual character of [intlink id=”779″ type=”post”]being a devout Aamir fan[/intlink].

The opinions are starkly mixed. While traditional entertainment hungry crowds,  mostly ‘desi’ film goers found the film a tad boring and on the other hand, the intelligentsia could not stop singing praises about the movie. I had gone to see Peepli with the traditional type and though I am all in for action packed, I could not help hiding pure amazement and admiration after watching this movie.

The theme of the movie is aptly summed up by the beautifully composed song, ‘Des Mera’.

Basic Themes and the treatment
Peepli live essentially takes a “lively peep” at some very disturbing issues prevailing in India. It tackles the serious subject of farmer suicides, vote-bank politics and the sensation-crazy TRP-hungry media channels. It also takes a look at how bureaucrats manipulate the woes of the common man to their advantage. Quite a mouthful of themes eh? At first thought, these ideas usually paint a serious picture and make you want to ditch the idea of watching the movie. However, this is Aamir Khan – a marketing genius who has shown a weirdly accurate knack of what works in Bollywood. So instead of a boring, preachy documentary, what we get is a bone-tickling satire about how the media stoops to inhuman levels to ‘cover’ the plight of a farmer.
[ad#post-large]
Synopsis

The story revolves around two extremely poor brothers and their family, Budhia and Natha in the village called Peepli. These guys are extremely poor, and want to save their lands at any cost. They go for help to the local politician, who sneers away saying they should probably commit suicide because the government was giving compensation to their families. Between the two, they decide that  Natha should do act and this is somehow, the news reaches the ears of an eyeball hungry news reporter, Nandita. Soon this issue spirals out of control and before you know it all kinds of news channels are sitting outside Natha’s home, quizzing him about his decision. His wife, Dhaniya and the old amma go crazy, not knowing what to do. What continues is an exciting chain of events revealing the very dark and almost-sadistic underbelly of India. 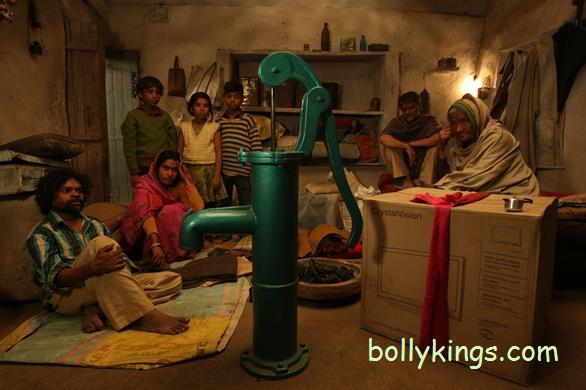 With the expert direction befitting only a seasoned veteran, excellent performances by stellar actors,  tight script, crisp cinematography, close cuts and a natural word of mouth of marketing, Peepli is an absolute delight to watch both for the heart and the brain. Though a slow watch because the punches are few and spaced out through the film, it cannot be denied that this is what world-class cinema looks like. Few hindi films in recent times have managed to reach such levels of perfection.

No creation is however perfect, so Peepli [Live] comes with its own baggage of drawbacks. The movie has an extremely tight script which needs astute direction which is where Anusha Rizvi falters. And you can’t blame her because this was her first effort. Another draw which my friends felt when we were discussing the movie was that even though the movie is a tongue in cheek satire which shows things as they are and is not preachy even for a second, the film leaves all issues hanging in air, fit of a realistic non-utopian film but against the standard Bollywood rule of offering a credible solution to the problems and offering an entertaining end.