[Before I start my rambling, I must tell you that I have rarely tried to form articles from these opinions, most of which pop in my head quite randomly. So please forgive me if you notice a flavour of an amateur buff in this article. I will appreciate all your brickbats, kudos and comments – please be generous with them as it will help me improve this website and take it forward.]

I recently attended a heavily enlightening talk by Nandita Das, an actor and social worker, in which she spoke on a variety of issues ranging from her passions, her works, why she did the films she did and generally about prevailing issues in the Hindi film industry. However, if I was to sum up her talk – she was directing all her words of wisdom and experience towards this one important question – Can Cinema or Art for that matter be used as a powerful medium for effective social reform?

Can we enlighten and ignite minds across a society or even influence people strongly enough through various art forms to such an extent that it brings about a social reform of any kind?

Questions such as these have been raised by people across the globe at film festivals, public screenings and private screenings; in newspaper columns and magazine articles; in casual coffee table conversations and in serious debates on important forums and platforms. I have tried to ponder over this myself for hours together but the questions raised and the answers still seem ambiguous. Are we willing to change ourselves and our lifestyles after watching a film? Are we ready to erase all the beliefs and morals, however wrong they maybe, after watching two hours of a movie?

Answering such questions is much like dividing colours into black and white – impossible and impractical. But the problem is nevertheless interesting and intriguing. Put yourself in the shoes of a filmmaker and just think – are you capable enough of moving the masses with a mere representation of reality, to the best of your ability, on celluloid? Or be a musician and imagine changing the world with just seven magical notes and some meaningful lyrics…

Here are some examples of art forms which have inspired people, sparked off huge controversies and political debate, given us insight into our society and most importantly, tried to sensitise people towards social reform:

These are just few examples which illustrate that arts and cinema can be used as a means towards social reform though I am not saying that these forms are the most successful. Unfortunately, I cannot think of any other examples to prove my point further.

These things show that deep down inside, serious entertainment does affect an individual emotionally if they relate to it. Its only the magnitude of this small tingling and inspiration which needs to be magnified on a much larger scale so that one can notice and noticeable effects. 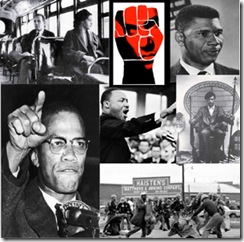 On the other hand, one must ask another vital question before embarking towards social reform – Do you actually want to make movies which have a serious theme, all the time? How viable is it in the long run, before people get bugged of it?

Filmmakers should ask questions like these before starting off on ambitious projects because you never know what is going to strike with the audience and who is going to connect with what.

Things could have gone terribly, terribly wrong with the movie, but they did not. The film was enjoyable and had a very relevant social message which struck the chords of millions across the world. People suddenly started looking at the same ‘dumb’ kid differently.

This is just an isolated example but if you comb cinematic history, I am quite sure other such examples will be noticed.

I hope this debate continues in the form of comments, reviews, articles. What do you have to say about this?