Salman Khan – now that is one gorgeous hunk of humanity roaming around like a wild lion in Bollywood. A great face, one of the best bodies in town and a smile which can charm anyone are his most visible assets. His swagger and total confidence in himself just go to show that here is an actor who knows he has achieved a great deal of success and is proud of it.
When we enumerate Salman Khan’s top Bollywood blockbusters, there is a certain amount of subjectivity that will certainly creep in. You are welcome to have a discussion with us about our choices – we enjoy a good debate!

In no particular order, here are our top ten Bollywood movies of Salman Khan. 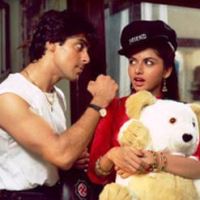 A story of timeless love, this film achieved amazing success at the box office. Salman’s portrayal of the young boy was simply done and everyone sat up and took notice of this fairly new entrant. Maine Pyaar Kiya is one Bollywood movie which you should definitely watch for it’s filmy-ness. And this, by the way was the movie that propelled Salman Khan to instant fame all over India. 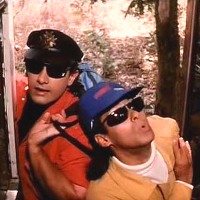 A light and frothy comedy, Salman Khan played this role with élan and poise. His comical timing was excellent and along with Aamir Khan he gave us one of the most enjoyable hits of 1993. The film was a lot of fun to watch and Salman proved his versatility as an actor. Even today, Andaz Apna Apna remains a favourite Bollywood movie amongst family and friends. Do watch it for its witty dialogues, the fantastic acting of two of Bollywood’s leading superstars and some amazing comedy sequences. 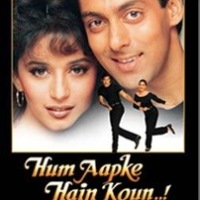 One of the biggest Bollywood hits of all time, many believe this film to be Salman’s best.  We feel that he did act very well in it, even though it was Madhuri’s film all the way and he was only a secondary character. Salman did a very lovable role nevertheless. Hum Aapke Hain Kaun was one of first films to come out of the Sooraj Barjatya camp and which took on the subject of family relationships head on. Unfortunately, he went overboard with the theme and the rest of the Barjatya movies didn’t do down to well with the audiences. 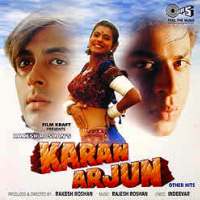 In this film Salman’s double role was well acted and along with Shahrukh Khan, he delivered a great story and film. A thoroughly implausible of reincarnation and coincidences, Karan Arjun was made plausible by some slick direction by Rakesh Roshan and great performances. Karan Arjun is a staple of Set Max so if you’re getting bored and have nothing better to watch on television, be sure to watch Karan Arjun – one of the best movies to have been made by Rakesh Roshan. 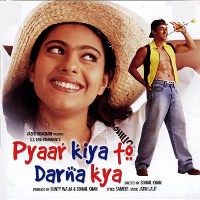 By now Salman had established himself a star of romantic films and he was in great demand for the roles of the lovelorn youngster who has to fight to win the hand of his true love. Pyaar Kiya To Darna Kiya was released in 1998 and was a good hindi film mainly because of Salman Khan’s great performance. His comic timing and the ease with which he handled his chemistry with Kajol and Arbaaz Khan is truly fantastic. Pyaar Kiya To Darna Kya is an ever green comedy that you should watch. 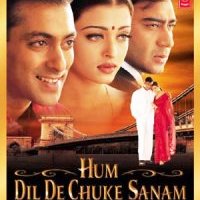 By our reckoning this has been Salman’s best film. Pitted against stars such as Aishwarya and Ajay Devgn, he managed to hold his own and gave us a memorable performance. The music and the dancing were the added attractions, and even today, Hum Dil De Chuke Sanam remains one of the best Hindi movies’ musicals ever produced. Watch this movie for some nice shot romance scenes in typical 90s style by Sanjay Leela Bhansali. He has indeed managed to get the Salman Aishwarya chemistry on screen. Alas they couldn’t stay together in real life! 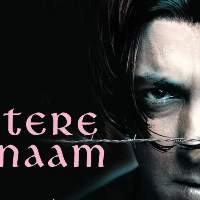 Even though this Bollywood film did not achieve the box office success that it deserved, Salman once and for all proved that he was capable of etching a finely chiselled and fairly difficult role. In Tere Naam, Salman plays the role of a rowdy college student and who under tragic circumstances becomes mentally challenged. His portrayal of this mentally challenged individual was commendable. A break from the usually fun movies that Salman Khan is known for in Bollywood, Tere Naam did get appreciation from the critics. 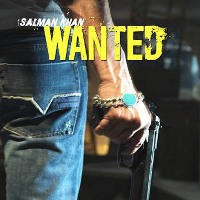 Salman by now had also become renowned for his depiction of the strong angry young man. Wanted was among his best performances in this category. This type of portrayal has also become one of his niche sectors, and this particular film ran totally on his wide shoulders. After Wanted came Dabangg which was made along the same line – lots of action, lot of stunts and loads of fun! Wanted is one action movie that can be watched by any Sallu fans, lots of times! 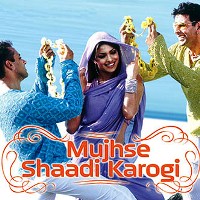 This was another film where Salman proved that he was quite adept at doing comedy roles . He once again plays the role of a forlorn lover, with a bad temper and with bad luck. The film had Akshay Kumar and Priyanka Chopra as his co-stars, and went on to become a great box office hit. Watch this movies for some amazing comedy scenes performed by Akshay Kumar (who is quite well known for tickling our funny bones) and Salman Khan. 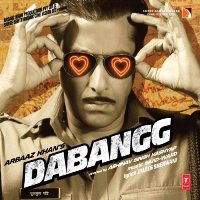 Even though this film is recent, we will still go ahead and count it among Salman’s top ten films. A raw gusty performance, an out and out masala film, here is a picture that runs totally on Salman’s shoulders. ‘Munni Badnaam’ in particular has torn apart other music albums from the charts. Dabangg is sure to become one of this year’s biggest hits and once again Salman will prove that he is force to be reckoned with. Read the movie review of Dabangg for some interesting facts about the movies.