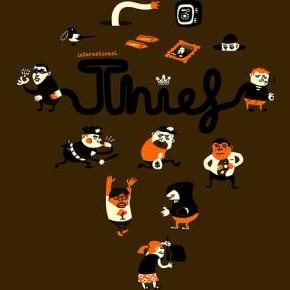 Creativity is knowing how to hide your sources – Albert Einstien

Is there a sense of déjà vu when you go to see Hindi films? After watching ‘Ghajini’ did you feel a sense of familiarity? Did Akshay Kumar’s ‘Singh is King’ remind you of Jackie Chan’s stunts? Well, they do say that if it’s an Abbas-Mastan or David Dhawan film, it has to be a copied…

Plagiarism in Bollywood
Bollywood has often been accused of being plagiarising – not only movies but music as well (read Anu Malik and Pritam). Some believe upto 60% of Indian movies are simple remakes – mainly ofEnglish and American films. And trust us, this is NOT an exaggeration. Why do Indian filmmakers copy Western directors? Do they suffer from a lack of originality or have the producers realised that it is safer to move down a tried and tested road rather than experiment?
Last few year alone saw two popular remakes which blasted the box office with record earnings which proves atleast one thing – the audience doesn’t give a hoot whether a film is an original or a remake. They just want a thrilling entertainer with songs and music and dance.
[intlink id=”120″ type=”post”]Ghajini[/intlink] – the latest hindi movie to have been lifted. This one is copied from Christopher Nolan’s ‘Memento’. Surprisingly, it holds the record for the highest earnings at the box office – a massive 200 crore rupees!
Sarkar – Ram Gopal Verma’s hit, the movie openly acknowledges ‘inspiration’ from the American cult film, The Godfather. Feroz Khan’s Dharmatma had already copied it decades earlier. As usual, Sarkar had many Indian nuances and twists added to make it a ‘masala’ film.
Singh is King – Inspired’ by Frank Capra’s  Lady for a Day, and with the amazing fights modelled on Jackie Chan, this Akshay Kumar blockbuster netted more than160 crores at the BO!
Criminal from Harrison Ford’s The Fugitive, Kaante from Reservoir Dogs, Humko Deewane kar gaye  from Julia Robert’s classic Notting Hill, Bollywood seems to be suffering from a perpetual creative drought.

Did you see Salman’s ‘Partner’? It’s copied from the famous Hollywood movie ‘Hitch’ and you’d be surprised to know that even dialogues have been copied word to word, just translated into Hindi dialect. Another Salman’s movie “God Tussi Great Ho” is a straight-forward copy of Jim Carrey’s ‘Bruce Almighty’. Are we not all aware how brilliant an artist Jim is, and how Salman’s effort to copy his acting turned out to be miserable. Still, the movie is a good copy and surely one of the best copied versions.

‘Rang de Basanti’, the famous movie starring Aamir Khan is copied from ‘All My Sons (1948) & Jesus of Montreal’. The rocking ‘Dhoom’ is a copy of ‘The Fast and the Furious’ and contains a little bit of ‘Ocean’s eleven’ too.

‘Koi Mil Gya’ was inspired from ‘E.T. the Extra-Terrestrial (1982) and Forrest Gump (1994)’. And the greatest flick of all with its own cult following ‘Munnabhai MBBS’ (yes, it’s a copy too) is copied from ‘Patch Adams’. Shahrukh’s inspirational flick ‘Chak de India’ was a nice cocktail mix of ‘Mighty Ducks’ and ‘Miracle (2004) not to forget the international cult favourite ‘Fight Club’ starring Brad Pitt which has a desi version with young stars doing their song and dance. The movie alludes to a lot, says more about the general Indian mindset and what mostly of us expect from a movie.

Delving not too far in Bollywood history, a memorable movie like ‘Baazigar’ was inspired from ‘A Kiss before dying’, which was made in 1991.  How about the best one of them all – ‘Sholay’  – known as the ‘borrowed cocktail’, a copy of ‘The Magnificent Seven’, ‘Once upon a time in the west’ and five other movies.
These are but a few of the many examples we can give – what we would like to discuss is why this happening so often and whether this should be prevented!
A tried and tested story – Producers feel that it is better to walk down a familiar path. New original stories are hard to come by, and it is easier to convert old ones. As Vikram Bhatt says –

“Financially, I would be more secure knowing that a particular piece of work has already done well at the box office. Copying is endemic everywhere in India. Our TV shows are adaptations of American programmes. We want their films, their cars, their planes, their diet cokes and also their attitude. The American way of life is creeping into our culture.”

How many variations can we have to a love story? – Every variation has been made into a film somewhere, so naturally films begin to look familiar. After all a love story normally consists of two protagonists and the whole film is based on the history of their personal love affair.
Scriptwriters cost a lot – and there are not too many good ones!! Most good novels have been bought by a studio as soon as they come on the bestseller list, so original scriptwriters demand their pound of flesh
There are many more in the pipeline, which are believed to be copies of classics such as Back to the Future and endless remakes of most of Jackie Chan and Guy Ritchie films.

Our recommendation
We do not mind hindi movies being inspired from english ones. But we have heard of actors being shown videos of the original film and being asked to perform in the same manner. Surely that can be avoided and directors will certainly fare better on Intellectual Property by being more subtle in their approach. Now that major corporate houses have become producers in India, copycats are likely to be punished. Copyrights of films are being purchased from the original filmmakers and credit is being given to them. At least then we know that the basic idea has been taken from somewhere else and there are no pretenses on being an original.
Do we approve of it – if it is an entertaining and logically sound copy, and the rights have been legally purchased – why not? We can see that only few filmmakers try to come up with original movies which leaves us with no other option than to watch copied ones. But if a movie is pretending to be an original – let us avoid like some infectious disease and go out and see the original instead!

Whether good or bad, there’s definitely one positive point which benefits those Indians who cannot understand English or do not enjoy watching Hollywood movies. With the indianized version of these movies, they certainly enjoy some incredible ideas born in Hollywood minds, live on Indian theatre and television screens ( we all know that many serials are mere copies from abroad – Kaun Banega Crorepati, Paanchvi Paas, Dus Ka Dum, Indian Idol – even if they have got legal rights to telecast desi versions).

Recent technical and aesthetic developments in Bollywood have enabled the effect-creators to now create movies that match Hollywood standards, at least to some level. It would certainly be interesting to learn about a few very popular movies and the exact titles from which they were copied from originally. May be you’d like to grab the Hollywood version and enjoy the sheer power of originality. Well, at least I have never missed a chance and I’m glad that I didn’t.

We have dug up some popular remakes and passed judgements. If you sit down and list, you will find that perhaps 60% of the Hindi movies made till date are remakes. All comments are welcome so do let us know what you feel.