2016 has been a great year for the movie lovers. We witnessed gripping stories like Udta Punjab, Dangal, Kapoor and Sons, and so many more!

In 2017, you can be assured of some out of the box concepts from the world of cinema in terms of quality, entertainment and lots of untapped dramas and thrillers. With the growing competition and some great debutants this year, we hope to catch some blockbuster Hindi movies.

Several filmmakers have announced their upcoming projects and their release dates which ensures that there’s so much to look forward in 2017.  This year seems to have a greater potential and has a lot of surprises lined up for all the movie buffs. Right from Konkona Sen Sharma’s directorial debut to Twinkle Khanna’s production debut to interesting collaborations, there is so much to look forward to.

Here are Upcoming Bollywood movies of 2017 that can’t be given a miss:

OK Jaanu is a romantic drama film directed by Shaad Ali, story and screenplay by Mani Ratnam. It is an official remake of Mani Ratnam’s Tamil film O Kadhal Kanmani starring Dulquer Salmaan and Nithya Menen. The film stars Aditya Roy Kapur and Shraddha Kapoor in the lead roles, portraying a young couple in a live-in relationship in Mumbai with Naseeruddin Shah and Leela Samson play supporting roles as an older couple in the film, portraying the younger couple’s landlords.

Haraamkhor is a story located in an unspecified Indian village and is about an unlikely love triangle that ensues between a married school teacher Shyam (Nawazuddin Siddiqui), his 14-year old student Sandhya (Shweta Tripathi) and her tuition mate Kamal (Irfan Khan). What transpires in this twisted taboo relationship forms the story. What shines in this film are the performances and Mukesh Chhabra’s impeccable casting, especially when it comes to the young boys. It is stunning to see Shweta Tripathi, who is a 31-year-old, playing the role of a 14-year-old kid. Nawazuddin Siddiqui yet again proves us why he is one of the finest actors of today. He is effortlessly flawless and showcases various emotions like anger, disdain, and laughter with such ease.

Kaabil is an upcoming Hindi-language film directed by Sanjay Gupta, written by Vijay Kumar Mishra, produced by Rakesh Roshan under his banner FilmKraft Productions. It features a love affair between two blind people, played by Hrithik Roshan and Yami Gautam. Music is composed by Rajesh Roshan.

Raees is an upcoming action crime thriller film directed by Rahul Dholakia and produced by Gauri Khan, Ritesh Sidhwani and Farhan Akhtar under their banners Red Chillies Entertainment and Excel Entertainment. It stars Shah Rukh Khan, Mahira Khan and Nawazuddin Siddiqui. Raees is rumored to be based upon criminal Abdul Latif’s life.

Jolly LLB 2 is a courtroom comedy drama film, written and directed by Subhash Kapoor. The film stars Akshay Kumar and Huma Qureshi. Saurabh Shukla would be seen in a special appearance in the sequel alongside Arshad Warsi. Annu Kapoor will be the rival lawyer against Akshay Kumar in the film. The film is a sequel to 2013 film Jolly LLB.

Rangoon is a drama film, directed by Vishal Bhardwaj and produced by Sajid Nadiadwala and Viacom 18 Motion Pictures. The project is a period film set during World War II (1939-1945) and supposedly portrays the life and times of Mary Ann Evans aka Fearless Nadia, Bollywood’s first original stunt-woman still remembered for her fiery role in the movie Hunterwali. It stars Kangana Ranaut, Shahid Kapoor and Saif Ali Khan in lead roles.

Jagga Jasoos is a musical adventure romantic comedy film. It has been directed by Anurag Basu. It tells the story of a teenage detective in search of his missing father. The film was originally going to release on 27 November 2015, but due to conflicting commitments by the lead actors, the film’s release date was pushed to 7 April 2017. Songs of the movie have been composed by Pritam and have lyrics by Amitabh Bhattacharya. The film is said to be a Musical and will therefore  have a lot of songs.

Baahubali: The Conclusion is an upcoming epic historical fiction film directed by S. S. Rajamouli. It is the continuation of Baahubali: The Beginning. Initially, both parts were jointly produced on a budget of ₹2.5 billion, however, the budget of the second part was increased later. As of August 2015, 40% of the filming was completed. The director revealed that the second part would be more emotional and with more grandeur. Maybe this time around we’ll know why Kattappa killed Baahubali. 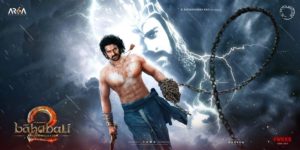 Half Girlfriend is a romantic comedy film based on the novel written by Chetan Bhagat. The story, set in rural Bihar, New Delhi, Patna, and New York, talks about a Bihari boy in quest of winning over the girl he loves. It also shows the linguistic struggles of a backward rural Bhojpuri-laced Hindi-speaking boy from Bihar as he enrolls himself at the prestigious English-medium St. Stephen’s College, New Delhi, and falls in love with a “high class English-speaking rich Delhi girl” schooled at Modern School, New Delhi. The girl does not admit the relationship but agrees to be his “half girlfriend”. 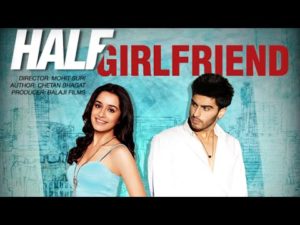 Tubelight is an upcoming Indian historical war drama film written, and directed by Kabir Khan. The film is produced by Salman Khan and Kabir Khan. Set in the 1962 Sino-Indian War, it stars Salman Khan in the lead role who plays a man from India who falls in love with a girl from China. Pritam will compose the music for the film. This film shall also see Shah Rukh Khan and Salman Khan reuniting after 20 years on the big screen! 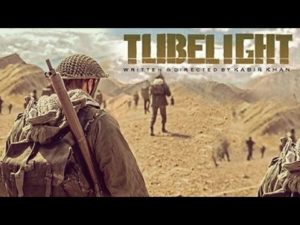 Padmavati is an upcoming period drama film. The film is a dramatized account of the 1303 siege of the Chittor fort in Rajasthan. Alauddin Khilji, the Turkic ruler of the Delhi Sultanate, led the invasion motivated by his desire to capture the beautiful queen Rani Padmini, the wife of Rana Rawal Ratan Singh, the ruler of Mewar. It stars Deepika Padukone, Ranveer Singh and Shahid Kapoor in the lead roles and is directed by Sanjay Leela Bhansali. The film has survived various changes in the casting and is another dream project of Sanjay Leela Bhansali. 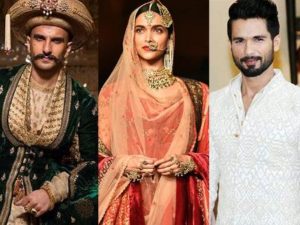 That’s all for now. Subscribe to us below and stay updated on more upcoming Bollywood movies in 2017 that will be announced.