2016 was a great year for the box office. The audience got to witness more experimentation, great stories and path-breaking performances. From the idea of consent to mental health to drug abuse, Bollywood rose above its own standards. Take a look at the top 10 Bollywood movies of 2016 that had the audience captivated:

A solidly-plotted story, Airlift was undoubtedly one of the best movies of 2016. It is a story about a man rediscovering his roots while guiding hundreds of Indians stuck in a war-struck country of Iraq. Akshay Kumar’s impressive performance blended well with patriotism and amazing execution! 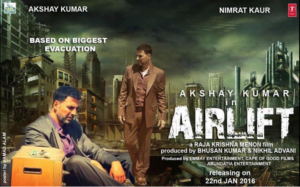 Neerja narrated the true story of Neerja Bhanot, a young brave-heart who gave up her life for hundred others. It is a movie full of heartbreaks, emotions and tears! Sonam Kapoor gave an incredible performance and we can’t deny that. She made us believe that she is Neerja. She made us remember the deeds of a true inspirational heroine. Neerja is the finest biopics ever made in Bollywood. 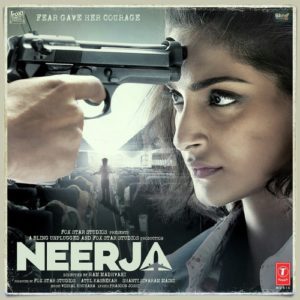 Aligarh may not have made so much business but numbers aren’t all that defines Indian cinema. Aligarh narrated a real life story of a professor, who was victimized because of his sexual orientation. A very sensitive topic to deal with, Hansal Mehta made sure he tackled the stereotypes with great perfection. Manoj Bajpayee plays the character of the professor, Srinivas Siras, with utmost magnificence. He allows the character to flow as easy and beautifully as a poetry. Aligarh was lauded and honored at most film festivals in India and abroad, as it rightly deserved. 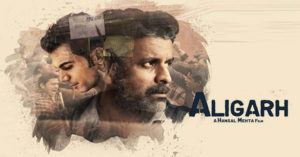 A family drama helmed by Shakun Batra, hit us right in the feels. The way each kind of unhappiness was chosen for the family members in the Kapoor family, was very well thought of. He breaks the norm that every family is a happy family through this well narrated movie. Rishi Kapoor did a fabulous work and is almost unrecognizable underneath the makeup. The relationship between Rajat Kapoor and Ratna Pathak Shah kept us gripped. Fawad, Alia and Sidharth did well, too. The movie managed to get the essence of sibling rivalry and a dysfunctional family without any unnecessary melodrama. 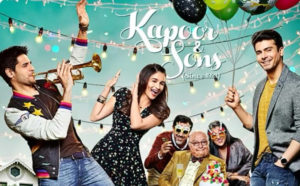 A film that had itself in a myriad of controversies much before its release, became the most exceptional films of 2016. The movie tackled the issue of drug abuse and human trafficking. This film spoke with utmost conviction and had us enthralled throughout. The characters ace the look and language that belongs to Punjab. The movie reveals the perils of drugs. It narrates how drug abuse is a vicious cycle and makes you wish you weren’t alive. Diljit Dosanjh made his Bollywood debut through this flick and does a tremendous work. Alia Bhatt, yet again, proved how talented she is. Shahid Kapoor also played his part wonderfully. We are actually glad that this movie made it to the screens and won all the deserved praises. 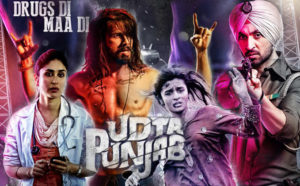 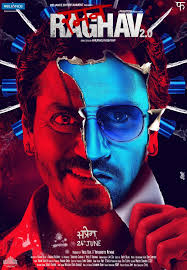 The movie showcases the harsh reality of the Indian society. It showed the problems that women face in the metropolitan cities. Amitabh Bachchan and the three ladies of the film: Taapsee Pannu, Kirti Kulhari and Andrea Tariang gave a top notch performance. It taught us the lesson of ‘consent’ with courage and conviction. 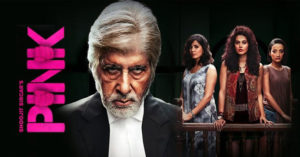 Parched is a story of four women from a village in Rajasthan. It shows the condition of women as they tackle social evils, child marriage, dowry, marital rapes and physical and mental abuse. Tannishtha Chatterjee, Radhika Apte, Surveen Chawla starred in this film and did some outstanding work. Parched was highly appreciated by critics. 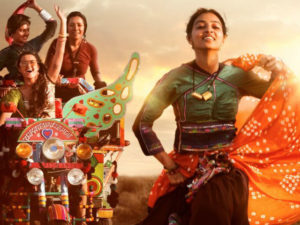 A movie that breaks the notion of mental health and finally talks about its acceptance. It wasn’t like any typical Shahrukh Khan film. A well-scripted film where each dialogue taught us a thing or two about life. Dangal made sure that 2016 ends with a bang! Aamir Khan nailed his role as Mahavir Singh Phogat and so did the young girls who played Geeta and Babita. The movie is an emotional rollercoaster and portrays themes of patriotism, women empowerment and gender stereotypes. 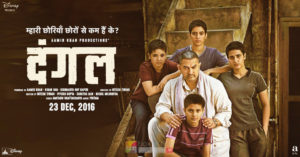 We hope you enjoyed reading this list of our top 10 Bollywood movies of 2016. Please subscribe to our newsletter for the latest bollywood movie reviews, news, music previews and other updates.