The film industry is peopled with Khans – who wield clout and inspire devotion from legions of fans the world over. For the past couple of decades it is only the Khans who have been any kind of serious contender for the top leading men of the Hindi film industry, in terms of being powerful, influential, successful at the box office and also in terms of sheer histrionic talent.

So which of the Khans; Shah Rukh, Aamir, Salman or Saif (let’s not bother with some of the lesser Khans; their performance has been patchy at best and endorsing third rate products such as paan masalas is not an indicator of acting success) is actually the best actor? Let us do this logically, taking the different components of acting talent and then looking at how each of the four – Aamir, Saif, Salman or Shah Rukh stack up. And let us examine all that matters to the film going public in India and assign points on each count so as to arrive at a reasoned conclusion. 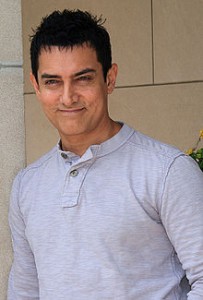 1.       Ability to portray a character faithfully – This means being able to get into the skin of the part being played and render it accurately.  Is the actor able to physically alter himself, change his speech, mannerisms, hair, clothes and looks to suit the movie and character’s requirement. Cleary Aamir does this best with all the many different avatars he has donned – he prepares for each film and gives it his all. Saif has reinvented himself to a lesser degree, going from chocolate box romantic hero, to comedy actor to action star in films like Qurbaan. To be sure Shah Rukh developed some enviable abs for Om Shanti Om, but let’s face it, he wouldn’t even grow his hair for a  period film like Asoka. Only for Swades and Chak De! India did he display a willingness to stop being SRK long enough to be what the role required. As for Salman Khan, a few hair style experiments to hide a receding hairline aside, it is not clear what goes into his preparation for a new role.

2.       Good looks – beauty (or lack thereof) has to lie in the eyes of the beholder, and rating the men here is fraught with peril, I am well aware. However for classic good looks, my vote goes to Salman, for dashing sophistication and suavity it has to be Saif, for boyish charm it is Aamir and (don’t kill me) lastly SRK, whom he himself admits, is not conventionally good-looking.  And of late the years have not been kind to SRK, who is looking more sunken eyed and hollow cheeked than ever before; the term Smoker’s Face springs to mind…

3.         Ability to connect to an audience – on this, no question, SRK scores highest with Salman being close second. There is an indefinable link that SRK has with movie viewers that endears him to an extent that even though KKR is perpetually at the bottom of the IPL points table, it his personal charisma that makes it the most popular team nevertheless. No one other than SRK could be considered to fill the shoes of Amitabh Bachchan for Kaun Banega Corepati; such is his matchless brand value; and his is the face we see in the most number of adverts. Salman as well, in spite of his many run-ins with the law, commands a fan following and loyalty that is almost inexplicable. Aamir’s fan following is perhaps of a more cerebral kind, and Saif probably appeals most to the Page 3 types. 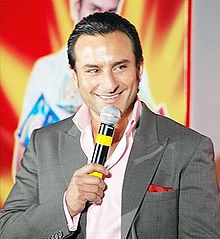 4.       Comic timing – I am going to go out on a limb and give this one to Saif. He has probably been responsible for more laugh out loud movie moments than any of the others. His movies such as Yeh Dillagi, Main Khiladi Tu Anadi, Dil chahta Hia, Hum Tum, Salaam Namaste and many others were actually hugely watchable because of this. Salman has surprised from time to time with his comic timing – remember his hilarious rendition of Prem in Andaaz Apna Apna and his effortless charm in his recent blockbuster Dabangg? Aamir and SRK have perhaps less willingness or ability to display their comic talent.

5.       Ability to emote – for sheer dramatic flair for melodrama, a the quintessential Hindi film requirement this one would have to go to Salman for the most over the top displays of emotion; be it love, exhilaration, anger, grief or whatever. He is followed by SRK of the uniquely lined brow and the liquid melting eyes and trembling full lips. The emotional restraint showed by Aamir and the penchant he has for subtly underplaying his roles is usually considered by our film viewing junta as being somehow expressionless and Saif perhaps displays a similarly lamentable lack of over-the-topness as well. Subtlety is, after all, rather lost on us.

6.       Romantic  capability – no contest here, SRK has played the lovelorn hero more often and more effectively than anyone else. The stalker in Darr and Anjaam, the besotted but upright Raj in that epitome of all romantic films, DDLJ, the willingness- to- die- for- love kind of passion in Dil Se, the doomed tragic lover in Devdas, the angst ridden, conflicted lover in Kabhi Alvida Na Kehna he has run the gamut of the Hindi film romantic hero in all his different roles. Saif does the romantic hero with élan and a believable flair; Aamir did his share of romantic films in the beginning of his career and even did a commendable job of playing the lover in Fanaa; and Salman has also done some good romantic hero portrayals in his own macho way rather than the more traditional hearts and flower way.

7.       Dancing ability – In any other part of the world this is not a required skill for an actor; in India it is a must. For energy and actual dancing ability, it is probably SRK who leads here, conquering a bad back and emerging triumphant. Salman follows for sheer exuberance and in-your-face audacity when dancing; and he has the dubious distinction of doing the most dance numbers shirtless as well – extra points for that! It has reportedly been a long and torturous process to become a dancer for Saif Ali Khan, a man possessing little if any natural dancing ability and with whom the choreographers famously had the toughest time. Given this singular lack of dancing talent, the man made huge strides to the point where you could call him not just OK, but good! No stellar feints of Aamir’s with his dancing shoes come immediately to mind, so you cannot really rate the man very high there.

8.       Uniqueness / Persona / Acting Style – Aamir is the most distinct and different and unique in each of his movies.  Salman Khan probably brings the most of his personality to his acting and unique he most certainly is. For the sheer numbers of devotees his personal style has, there is perhaps no equal. SRK’s trademark stammer, his furrowed brow and his emotional pout also make for a very memorable albeit not terribly varied style of acting. Saif’s immense likeability, his astute ability to be self effacing and hence funny, give him as much uniqueness as any of the others. In this one thing, I would rate all of the Khans on par – they are, each very unique and hugely entertaining for that.

9.       Versatility – No questions, it is Aamir who is the most versatile – it is he who can as easily play the buffoon in Andaz Apna Apna as the upright policeman in Sarfarosh, the terrorist in Fanaa as convincingly as the revolutionary in Mangal Pandey, the gregarious engineering student in 3 Idiots as plausibly as the lonely artist in Dhobi Ghaat.  For versatility I would rank Saif next, he tends to blend into his roles with rather more authenticity. Salman Khan is rather deeply entrenched into his action-man slot, and (again don’t kill me) SRK, with the same 5 expressions continues to play SRK, regardless of whether he plays King Ashok, or does a Pepsi commercial – Versatility? Not so much I’m afraid.

10.   Star Quality – It is this indefinable, intrinsic quality that defines fame, success, and box office sales. In terms of being a bankable star, no one probably comes close to SRK. Even non mainstream filmmakers want to work with him for his sheer star power; a bigger brand than SRK doesn’t exist in India. He can sell you anything from hi-definition TVs, to soft drinks, to fairness creams and all of India doesn’t seem to mind. For sheer multitudes of fans and devotees, Salman probably comes next – he can be as badly behaved as he wants, be the dumper or the dumpee as he desires, his fans stand stoically and stolidly behind him; even as he struts in and out of prison in his trademark bicep displaying form fitting Ganjee and tight blue jeans. Aamir’s star power probably rivals anyone else’s but he deliberately limits himself by doing only one film at a time and then concentrating upon it to the exclusion of all else. As for Saif, he can be termed more a niche actor and less star.

And now at the end of my rambling and wholly unscientific methodology to arrive at the best Khan in Bollywood, I have to conclude that the Best Actor is really anyone that WE the audience want! Neither awards nor accolades of any kind nor even box office collections will determine who the best actor of them all is. That can only be determined by each individual who sits in that movie theater and reacts to a lovely story well told, to heart wrenching dialogues, crying when the heroine does and laughing when the hero does, who involves himself in the movies, sates himself in a pretend emotion and immerses himself in a make believe world that is wrought for us by men and women as they weave their cinematic magic – the magic of the movies!

It doesn’t matter who the best Khan of them all is, the best Khan is anyone that we want to be the best Khan – it is subjective, instinctive and wholly illogical – no one ever said that we had to be logical about the movies that we like!