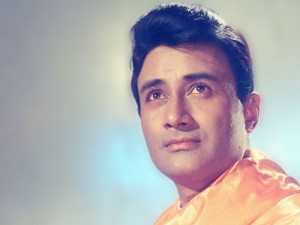 Perhaps nowhere is the democratization of Bollywood more evident than in Hindi film music – whereas earlier you had only Lata Mangeshkar and Asha Bhonsle you now have a range of singers, of very different abilities. Earlier it was just Kishore Kumar and Mohammad Rafi, today there is Sonu Nigam, KK, Shan, Sukhwinder, Kailash Kher and yes even Mika and Hard Kaur! As for music composers, well we have never experienced the kind of versatility that we do today!

There are many Superstars today

With this new democratisation in Bollywood; the power structures are no longer as rigid; the reigning superstars don’t have as much of a stranglehold on the way that things function. We do of course still have superstars; and each of them wields great clout.  But we have several at a time and they are of different hues and personalities, and yes ages. 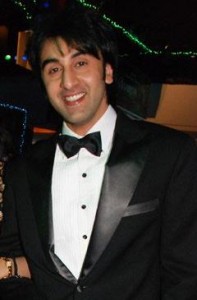 While the conventional romantic hero still survives in the likes of Shah Rukh Khan who may arguably be the most powerful superstar in Bollywood today, we also have Aamir Khan who is a superstar in spite of doing less than a movie a year. Amitabh Bachchan is still a true blue super star in spite of being on the wrong side of 65. Something of a Johnny come lately, Ranbir Kapoor is also well on his way to being a superstar as well!

Why Bollywood is more democratic today

Witness the popularity of Abhay Deol, with his string of ‘hat ke’ films; many commercially and critically acclaimed such as Dev. D, Oye Lucky Lucky Oye and Road, Movie and others.

There are a number of good looking, would be romantic leading men around as well, who refuse to be type cast. So you have the heart breakingly good looking Imran Khan  doing an out and out romantic film like Jaane tu ya Jaane Na and then promptly following it up with action oriented flicks like Kidnap where he plays the anti hero and Luck and other lamentable choices but that is really by the way.

If someone like Ranbir Kapoor has shot into the limelight and into a million girlish fantasies, it is not only because of his pedigree. An undeniable personal charm and acting talent make him a good fit for roles as diverse as Bachna ae Haseeno, Wake up Sid and Rocket Singh: Salesman of the year. He carried off his gritty role in Raajneeti with equal élan.

Then there is Farhan Akhtar, known as the thinking woman’s crumpet; who can pull off a Rock on with as much ease as Karthik calling Karthik. 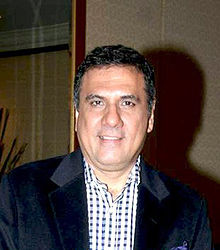 It isn’t just the young good looking men that have arrived on the scene. Genuinely talented but unconventional actors of indeterminate age, such as Irrfan Khan, Rahul Bose and Boman Irani have carved niches for themselves out of sheer talent. While Irrfan Khan has carried off a number of films like Maqbool with consummate ease, Bose has proved his acting mettle with many films such as Mr. and Mrs. Iyer and that he is not just another ‘serious’ actor by doing Pyaar ke Side Effects alongside eye-candy Mallika Sherawat.

Boman Irani has become a mainstay in Hindi films for his matchless versatility and not just as India’s funny man. Not only does he play everything from the crooked Sardar (Khosla ka Ghosla) to the remorseless professor (3 Idiots), he has the ability to carry an entire film such as the hugely charming and enjoyable Well done Abba on his own.

Bollywood is democratic now to an extent never seen before.  It is possible to claw one’s way in on the basis of talent, even if there isn’t a godfather mentoring you from the wings. Good for us; this can only bode well for the film viewing junta.