B-wood has many star children who are carrying forward the legacy of their families in almost all the prospects of film making, be it in 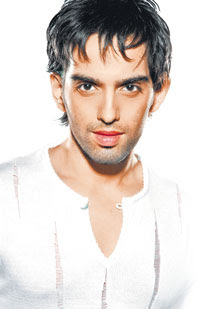 Another star child is all set to enter the tinsel town with his film ‘Sadiyaan.’ It is junior Shotgun, Luv Sinha. Unlike the raw rural feel of his father Shatrughan Sinha, he looks more like a chocolate boy, perfect stuff for romantic films.

His debut venture is indeed a romantic story that also stars surprises like Hema Malini and the ravishing Rekha along with Rishi Kapoor. Rekha is always spotted glittering is her golden sarees and intriguing red lips in almost all the award ceremonies and other B-wood events.

Just a few days back she was awarded the Lifetime Achievement trophy and in her award winning speech she had mentioned about the beginning of her second innings.

Directed by Raj Kanwar, this seems to be a fabulous launching pad in cinedom for Luv!