Coming out of nowhere, Aamir Khan took his Facebook followers by surprise, and shared on his page a teaser of his next home production, Secret Superstar, which tells the story of a 14-year-old girl from Vadodara who wants to pursue her passion for singing, but anonymously, since her parents are against the idea, thus aiming to be a “secret superstar”. The teaser also features Aamir in yet another crazily different avatar of a vibrant pop star, for what seems to be a cameo role for the movie. He shared the teaser on Facebook, but not without a cheeky comment of his own, as he mentions that this is dedicated “to all those who complain that he comes once in two years”. 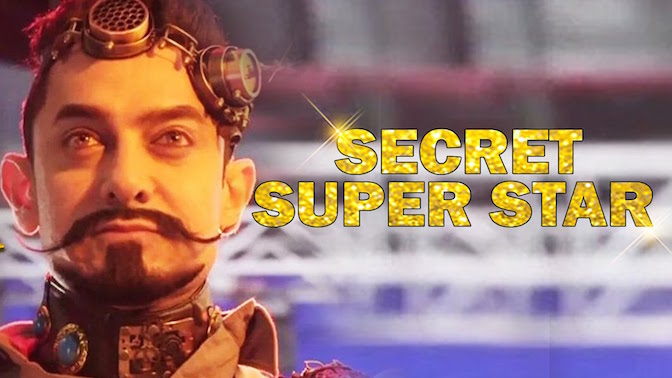 The video also features a brief teaser of a melodious song. Secret Superstar is going to have great background music as the soundtrack being composed by Amit Trivedi, with lyrics by Kausar Munir.

Zaira Waseem plays the lead character in the movie, having already featured in Aamir Khan’s highly acclaimed production Dangal, as the younger Geeta Phogat. Aamir Khan indeed seems to like to give more opportunities to the young talent he works with, having already made the lead pair of Dangal his interns, and now having given another opportunity to Zaira herself in his next home production.