If there’s one thing we like about Yash Raj Films, its the originality and style of their characters. We saw a few examples in Kabul Express, Tashan, Dhoom and now they have kicked off their latest venture with Ranbir Kapoor as Rocket Singh – Salesman of the Year. 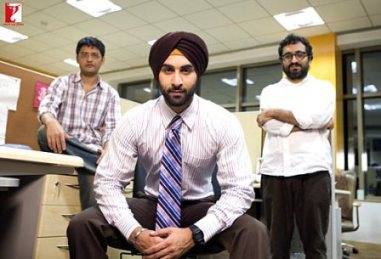 The film is based around the current market recession and will primarily focus on the current indian economy and market scenario. Director/Writer combination of Shimit Amin & Jaideep Sahni, after acclaimed success with Chak De! India, will be making Rocket Singh – Salesman of the year. It is also the first time that the writers of the movie are being given a share in the limelight of the inital promotions of the movie.