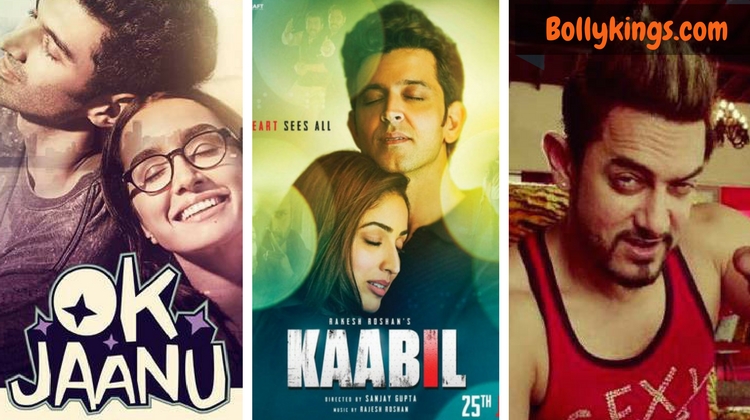 Here are of the latest Bollywood news stories which have been doing the rounds of gossip columns. After the release of its trailer, the first song from OK Jaanu came out on 15 December 2016, a remake of Humma Humma, originally composed by A.R. Rahman for Bombay, and recreated by Tanishk Bagchi and Badshah. The song, sung by Jubin Nautiyal, Shashaa Tirupati and Badshah, features the lead pair Aditya Roy Kapur and Shraddha Kapoor, dancing intimately and happily in a bedroom setting. 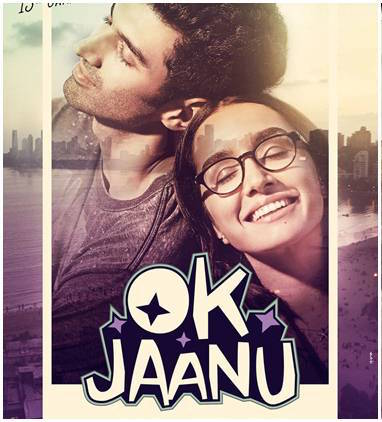 However, the release of the video met with a lot of criticism and trolling from fans online on social media platforms, most of them claiming how “Badshah ruined the original classic by Rahman”, and statements on those lines. Not that many people were happy with the first trailer itself, the fans being quick in making obvious comparisons to the original Tamil film OK Kanmani, but this just made it worse for the viewers online.

Another latest Bollywood news item which will come as a surprise for Aamir Khan fans is the announcement of his next film. Coming out of nowhere, Aamir Khan took his Facebook followers by surprise, and shared on his page a teaser of his next home production, Secret Superstar, which tells the story of a 14-year-old girl from Vadodara who wants to pursue her passion for singing, but anonymously, since her parents are against the idea. The teaser also features Aamir in yet another crazily different avatar of a vibrant popstar, for what seems to be a cameo role for the movie. The video also features a brief teaser of a melodious song, the soundtrack being composed by Amit Trivedi.

Secret Superstar is an upcoming Hindi film releasing on 4 August 2017, directed and written by Advait Chandan, produced by Aamir Khan, and starring Zaira Waseem in the lead role.

Many news outlets and Indian media websites were quick to report that Netflix were suing the makers of Kaabil, for looking “too similar” to their series Daredevil. Daredevil, a Marvel-Netflix production, tells the story of a blind lawyer with heightened senses and martial arts skills, who becomes a vigilante in order to keep his city safe during the night. On hearing about this news, the makers of Kaabil claimed that their movie is entirely different from the premise of Daredevil, as it features a hero who is not as powerful; they give the example of Daredevil who is capable of fighting a group of men by himself in the series, whereas Hrithik Roshan’s character is not able of going to that extent.

Later it was revealed that Netflix flatly denied all these claims, as it just happened to be another wild rumor which was blown out of proportions, which had surprisingly even fooled a lot of the major Indian news outlets.

Read the Kaabil movie preview here and subscribe to our newsletter for more latest Bollywood news updates and stories.