I recently came across a BBC article which posed an interesting question – Can Lady Gaga Crack Bollywood? The article gave a number of reasons why Lady Gaga wanted to make her mark in Bollywood and in India – a country with 700 million people below the age of 30.

There is no denying that Lady Gaga is an incredibly successful phenomenon and that she is already popular among a certain segment of Indian listeners. If Lady Gaga makes her mark in India, her fan base will explode. Exponentially.

Lady Gaga has set her sights on Bollywood and it clearly evident by the fact that she has had two of her popular hits Judas and Born this Way remixed Bollywood ishtyle. The American Indian music company Desi Hits had Panjabi MC and Salim-Sulaiman remix her songs to give them an Indian flavor.

It is certainly not unreasonable that Lady Gaga expects to be famous in India – remember Samantha Fox’s 1980’s incursion into India, when she met with very significant success in spite of some rather mediocre singing? More recently, Miley Cyrus and Hannah Montana have definitely achieved fame among Indian kids unlike anything before (every child seems to have a Hannah Montana pencil box or lunch box). Foreign acts such as Sting, Bryan Adams, Metallica and many others have always met with consistent success with Indian fans and audiences.

Lady Gaga’s unique style has earned her hardcore fans the world over, predictably from the younger demographic, and even someone as unlikely as Pt Ravi Shankar had interestingly spoken in favour of singer’s style of entertainment – when the maestro chanced to see some of her videos recently he paid her a rather circumspect compliment – “I do admire her theatricality. She is a very intelligent performer.”

The performer can surely expect a degree of success in India but for her to think that she will engage the masses and build a pan Indian fan base would be delusional. India is such a huge country that a fan base of just 1% of the population is a staggering amount. So in absolute numbers she will probably succeed in India; but if you look at the proportion of population who is likely to warm to her antics; that is likely to be a whole other story. 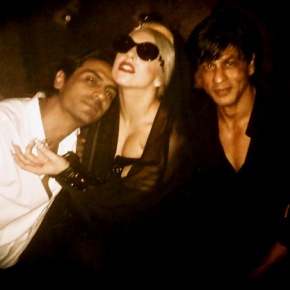 Reasons Why Lady Gaga might not be a hit in India

There are a number of reasons why Lady Gaga’s singing and entertainment may not work on a large scale in India:

Lady Gaga may be doing her best to ingratiate herself with Bollywood and India at large – “The reason I’m going to India now is because I can,” she says. “I didn’t have the money or the resources before to travel and bring all of my things with me and reach an entire new territory of fans,” she was quoted as having said.

Currently an exhibition of exclusive pictures of the singer are being showcased at Mumbai’s Wall of Fame exhibition is ongoing and will remain from June 18 to June 22. It of course remains to be seen if and how well Lady Gaga’s brand of entertainment and music work in India.