Jennifer Lynch’s directorial venture Hiss starring Mallika Sherawat failed to retain the hype it created before the release. The film has been subjected to huge criticism, but box-office records indicate the film has grabbed the attention of the audiences in India, and abroad.

The plot of Hiss is entirely based on the lonely ichchadhari nagin, Mallika Sherawat, and her search for her partner after their forceful separation. An American hunter who came in searching for Nagmani separates a male snake from his partner, and kick starts the story of a female snake’s journey in search of her partner. While searching for the male snake, the lonely female serpent comes to a city, and kills men who torture women. To chase the serial murders, police officer Irrfan Khan was introduced to the scene. Though the officer was looking for the murderer, he could not decide whether he should believe in mythology, or in science.

Much hyped movie Hiss received negative reviews from critics. Rajeev Masand of CNN IBN said, the special effects used in the movie were “comical” rather than “jaw-dropping”. Though the film failed to attract critics, it has made good business in India and abroad. Reports indicate, the overseas business of the movie has been commendable, and initially it has grossed 1.60 million dollars in foreign markets. It has gained huge popularity in North America and UAE. 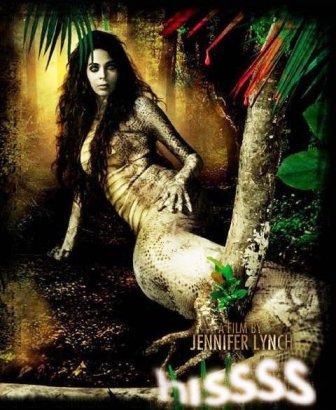 Audiences in India have praised the film in spite of multiple technical flaws. The film has received a huge commercial success in Indian metros as well as in other cities. Mallika Sherawat’s fans have praised her new avatar as a snake, and had positive feedback about the movie spread far and wide. It has also become an interesting topic of discussion among the online chatters.