Amit Trivedi seems to have suddenly appeared all over the filmy horizon. He seems to be everywhere, at all award shows, on the mastheads of new hindi films. Every new listing of talented musicians seems to have his name in it. Is he really that new or have we just begun to realise the prodigious talent within this young musician?

Actually, Amit Trivedi has been writing and composing since he was 19 years old and during his college days he was a part of a band known as OM. He went on to compose music for ad jingles,  theatre and TV serials.
[ad#post]

He stepped into the world of film music when he was chosen by Anurag Kashyap to write the music for his film DEV D. The film was meant to be his inaugural platform, but due to production problems, the film was delayed and it was the film Aamir, where Amit Trivedi’s background score became his launch pad. 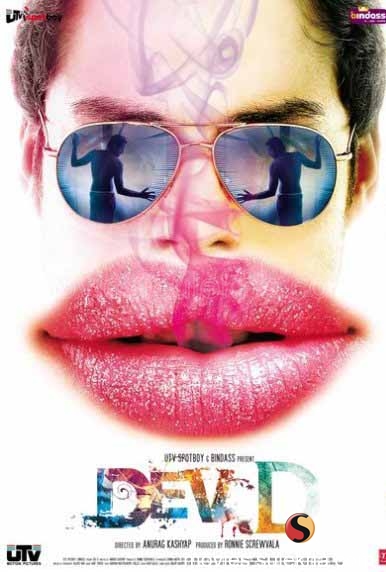 The release of the film Dev D in 2008, however was the signal of the advent of a new golden boy in the crowded Hindi film music scene. The film had 18 tracks of different genres and Amit sang at least 5 of them himself. He also wrote the lyrics for the song Aankh Micholi. The music was unusual and the tracks varied from the joyful to sorrowful, with Rajasthani folk music, rock music, and some aspects of classical music all combining together to give us an unusual and haunting score. He won many awards and nominations for this film and it was very evident that he was going to become a very bright star on the music skyline. Click on the link to [intlink id=”255″ type=”post”]Listen to the music of Dev D[/intlink].

Iktaara was one of the most popular songs of the year 2009. It was Amit’s composition and it went on to become his signature song and one of the contributing factors in making Wake Up Sid a great box office hit.

Udaan has just been released, but the [intlink id=”1388″ type=”post”]music of this film[/intlink] began to make waves much earlier. The combination of rock music fuelled by guitar based compositions, with music which could trace its origins to rural India, we have a fusion which is unusual, unconventional but also hauntingly beautiful.

Aisha is about to be released and is yet another film where the music has preceded the hype of the film. According to the chartbuster ratings on major music channels and radio stations, Amit Trivedi might has lived up to the expectations of his fans. ‘Suno Aisha’ and ‘Gal Mitthi Mitthi’ are two of my favourites from this album. 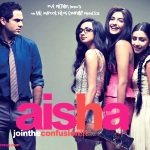 A movie based on the life and death of real life model Jessica Lal, Amit has begun working on the music of ‘No One Killed Jessica’. Not much is known about the movie or the music of this film, but we will keep you updated!
[ad#post-large]
Amit’s talent lies not only in his ability to understand the story of a film and the score which will merge in beautifully with the film, but also in his ability to provide a score which can vary from haunting soulful melodies to foot tapping rhythms. Comparisons with A R Rahman are inevitable since Rahman has stood like a colossus over the film music scene for many years. This interview of Amit at PFC will definitely tell you a lot more about his life as a musician.

But we have to realise that Amit Trivedi is here to stay and he produces and performs music which is has his own unique signature and style. He is not only the new face of Indian film music but he is also likely to be here long enough to become the grand old man of Indian film music.