Around two to three years back, Bollywood witnessed a new trend – remakes of the classics and sequels. Joining the league, Farhan Akhtar produced and directed a remake of the 1978 Amitabh Bachchan starrer – Don, The Chase Begins. The film was frequently compared 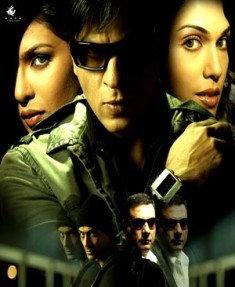 to the original but at the same time it was loved by the audiences due to its style and awe. SRK succeeded in wooing the women across the globe with his classic performance.

Now Farhan has announced a sequel of his film. The shooting for the same would start in the first week of October. Farhan says, “I shall cast most of the actors from the first part. Some sure names are Shah Rukh Khan, Boman Irani, Priyanka Chopra, Om Puri and Arjun Rampal.” He also adds, “I am also looking for some new characters for the film.”

Presently, Farhan is busy promoting his new film ‘Karthik Calling Karthik’ that would hit the silver screen this Friday. His co-star in the film is Deepika Padukone. For her he says, “She is beauty with brains. I loved working with her.” At the same time, he is extremely excited for the sequel of his hit flick. Let’s see if Akhtar is able to woo the audience a second time!