They surprised and delighted us with their successes and their blockbuster. The dark horses of Bollywood – actors who defied all their critics and contemporaries to achieve fame and fortune beyond reason. What was it that made them so big?

As you look at the latest crop of stars and starlet of the last decade in the Bollywood industry most of them seem to be the progeny of well established families of the movie industry. The Kapoors are of course omnipresent but then you also have others such as Saif and Sonakshi and Prateik and the Deol boys. Maybe it is the genes and an inherited talent, maybe it is the easy ticket into the big banner films or maybe it is just that they know the ropes and atmosphere.

But there have been many who have entered the industry through the years and even though initially no one thought they would go far – may be due to their lack of lineage and conventional good looks, they have established themselves as a force to be reckoned with. Today we stand up and acknowledge their contribution and are thankful that they did not listen to the early naysayers and kept moving on their chosen path. 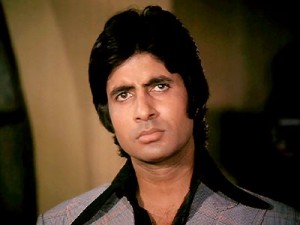 But it is true – when he first tried to enter the industry they all said he was too tall and gangly and he did not have the chocolate boy looks which were popular in sixties and seventies. I remember watching him in a theatre in Kolkata and wondering who this funny looking young man was. His first 7 films were box office duds and he almost left Bombay, hopeless. If you recall his performance in Saat Hindustani or in Bombay to Goa, no one in the audience ever thought that today he would stride the Bollywood stage like a Colossus and hold his aura 40 years into his acting career.

A balding 28 year old young man playing the role of a 65 year old father opposite an  established older actress Rohini Hattangadi in the film Saaransh – this was Anupam Kher’s initiation into the world of Bollywood cinema. He had played a role in an  earlier film Aagman, but that went by unnoticed. Everyone sounded the death knell for this young man’s career since it was believed that from now on he would only get sad older roles and there were not too many of those. But due  to his amazing acting ability and his versatility he went on to prove everyone wrong.

A director turned actor – a musician who can also act – this guy is truly multifaceted. He does have the genealogy of talent behind him since Javed Akhtar and Honey Irani are his parents. But we always expected him to be a great director or script writer, but an actor and singer – that surprised all of us. His wavy locks and an irresistible smile – and a talent for acting, all combined to make his debut film Rock On into a great success story.

A dusky lady with unconventional looks, Smita Patil surprised everyone with her reservoir of talent. Whether it was a glamorous role such as Namak Halal or a simple role like Manthan, you sat up and took notice of this fabulous actress.  It was in Arth that everyone opened their eyes and took notice of this demure beauty. An early tragic  death took her away from us, but even in her short life she left behind amazing  and  unforgettable performances. Let’s hope her son, Prateik Babbar does something good in his forthcoming Hindi movie, Dhobi Ghat.

He began life as a comedian and as a bit actor in the films, forever hiding behind the shadow of his elder brother Ashok Kumar.  But today we remember him for his songs and the wealth of musical memories he has left behind. S.D.Burman was the first person to realize that Kishore Kumar was a good singer and he encouraged him to establish a style of his own. He had no formal training in music but he went on to sing memorable songs such as Roop Tera Mastana and Chingari Koi Badke and Mere Saamne Wali Khidki Mein. Brooding looks – those were available in plenty in Bollywood, an average face, a slightly above average height, this young man did not have any of the strapping’s needed to become a great star, but somehow he managed to succeed where many others had failed. He built a niche for himself in the action films and others which required intense roles, he chose his movies well and gave great performances in most of them. Today even though he is not considered to be among the top rung, nevertheless he is a box office star.

K L Saigal as a singer began to make his mark on Bollywood music scene in the early 1930s. He acted in his first film in 1932, but his initial releases did not do too well. It is his performance in Devdas which began to define his acting style and after that there were many other films where he achieved a great deal of success as an actor along with being the best singer of his time. 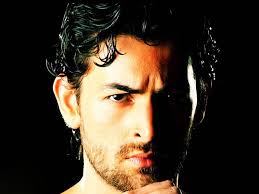 What a great looking guy. But he can also act – this we never knew and did not expect. He refused to be typecast in lover boy roles, even though he had the physique and looks for it. This is the reason why he makes this list. It was generally expected that he would get lost in the race for the best romance hero, but thankfully, today he stands tall due to his inherent talent and his choice of films. Johnny Gaddar was a good movie but you need more than one good movie to make it big in Bollywood. Let’s hope we get better stuff out of Neil. 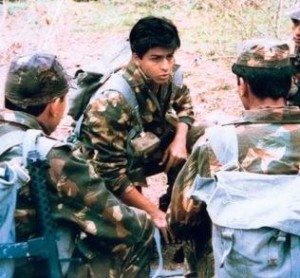 Did you ever watch the serial Fauji on TV?

He was short, inexperienced and any future charisma was hidden beneath layers of make-up and mediocre direction. He continued to act in a few other serials, but even in Aziz Mirza’s Circus, we saw few vignettes of the superstar he was going to become. His phenomenal success is due to his extraordinary performances, his amazing charm and the fabulous ability to connect with the audience in every role.