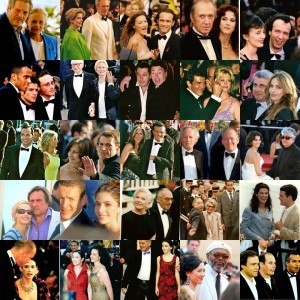 It has always been Bollywood celebrities on the red carpet and their fashion hits and misses that usually occupy center stage at the most prestigious film festival in the world, the Cannes Film Festival, and Bollywood at Cannes 2011 was no different.

However this time around it was also a special screening of a documentary film on Bollywood called Bollywood: The World’s Greatest Love Story, that gave viewers a crash course on the music and melodrama, heroism and villainy, tradition and modernity that denotes Hindi films that was grabbing eyeballs at Cannes.

Bollywood’s We ‘Cannes’ Do it Attitude

Generally it is with abject gratitude that invitations from Cannes are accepted by Bollywood stars who hotfoot it to the South of France each year, vying with each other to see who is better dressed and who gets the best sartorial reviews. Bollywood at Cannes 2011 was also about what usually follows – a agonizing about what to wear on the all important red carpet amidst an inordinate amount of media attention which examines, dissects, critiques and questions every outfit, smile, pose, expanding waistline, rising / falling hemline and other vital statistics pretty much to death.

Ridiculous comparisons are made on who wore what and looked better, and outrage expressed at the fact that rather than wear creations by Indian designers Bollywood beauties choose to slavishly copy their western counterparts in wearing Armani and other usual red carpet suspects. This was one of the an allegations leveled against celebs and others at Bollywood at Cannes 2011.

The highlights of Bollywood at the Cannes Film Festival 2011 also had its share of who-wore-what and how, but what also got its fair share of attention was what is being termed as “Cannes’ Midnight Salute to Bollywood” – an 81 minute look at the magic of Bollywood in the documentary Bollywood: The World’s Greatest Love Story made at the behest of festival director Thierry Fremaux. This was a lesson in a nutshell about the magic of Bollywood – it was supposed to try and compensate for the endemic lack of actual Bollywood films (as against Bollywood stars) gracing the festival.

It was screened at midnight, for a clearly high brow audience, who was told apparently by Fremaux, that “You can dance during the film if you want,” – no dancing ensued however, if fact it was clearly too late in the night for some as they were seen leaving before the end of the screening. (apparently Fremaux hoped for a repeat of the time that audiences were dancing in the aisles at the screening of London musical Bombay Dreams which Kapur co-produced)

What is “Bollywood: The World’s Greatest Love Story” all about? The Youtube Promo

As the above promotional video of the documentary hints, this documentary drew upon over a hundred Hindi films right from the black & white era up to the present day; with due importance given to song and dance, the item number as well as the mandatory wet sari scene. Interspersed with popular and iconic scenes, songs and dances from Hindi cinema over the ages, there are inclusions of comments made by the likes of Shammi Kapoor, Amitabh Bachchan and Jaya Bachchan and others as well telling us, as Aishwarya Rai Bachchan does, that “It has a little bit of everything”.

The documentary was the main presence of Bollywood at Cannes 2011 and is made by one of India’s best known cinematic exports, Shekhar Kapur and edited by American documentary maker Jeff Zimbalist, because, according to Kapur, “The audience (in Cannes) should see why over a billion people are having a love affair with this kind of cinema.”

So this was was the highlight for Bollywood at Cannes 2011; hopefully next year at Cannes, there will be an actual Indian film put up for the audiences, and not just a film about films?